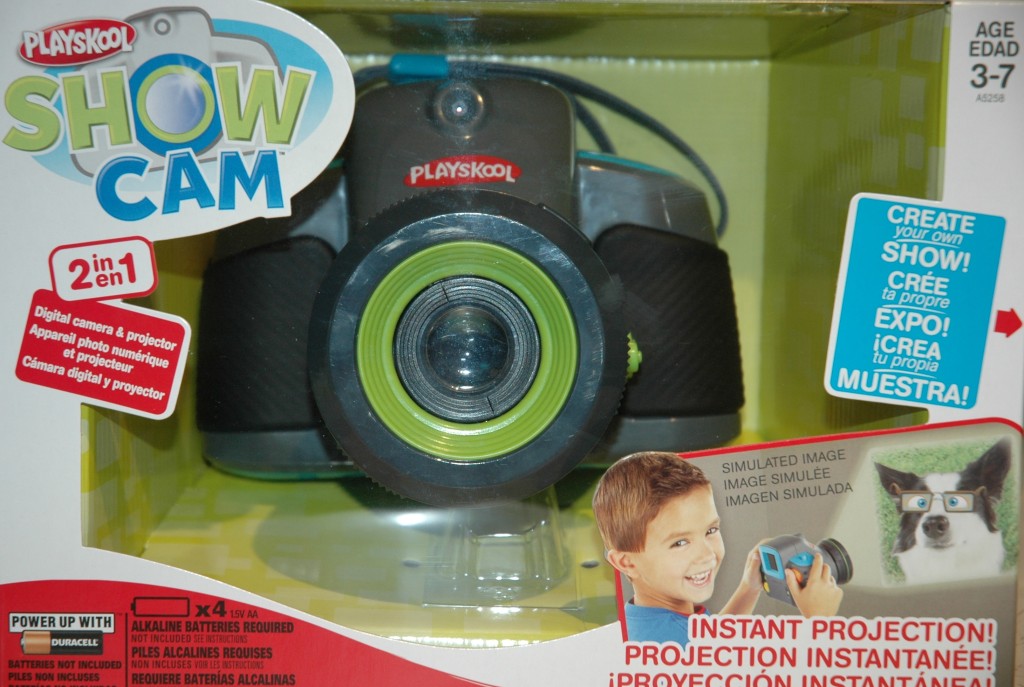 Last month, The Zoo introduced you to the Playskool ShowCam 2-in-1 camera and projector.

Since that time, it has hardly left Artemis’ side. Yes, there was even that night that “Teddy” wanted to sleep with it. Quite honestly, even a teddy bear could take pictures with this camera but it does more then just take pictures and project them onto surfaces. Lots more!

I wanted to see if The Kids would figure out this added functionality on their own so I didn’t teach them anything about it and let them explore the toy themselves. Within minutes, they’d figured out what one click of the orange button could do. They loved that there were more than 50 silly effects to customize pictures such as silly stamps and sounds, instant short stories and fun animations!

At the beginning, Artemis was a bit of a one trick pony with only using the skunk and hadn’t grasped the concept that you had to line up your target (e.g. a persons face) with the graphic. Even so, she had tons of fun with it. 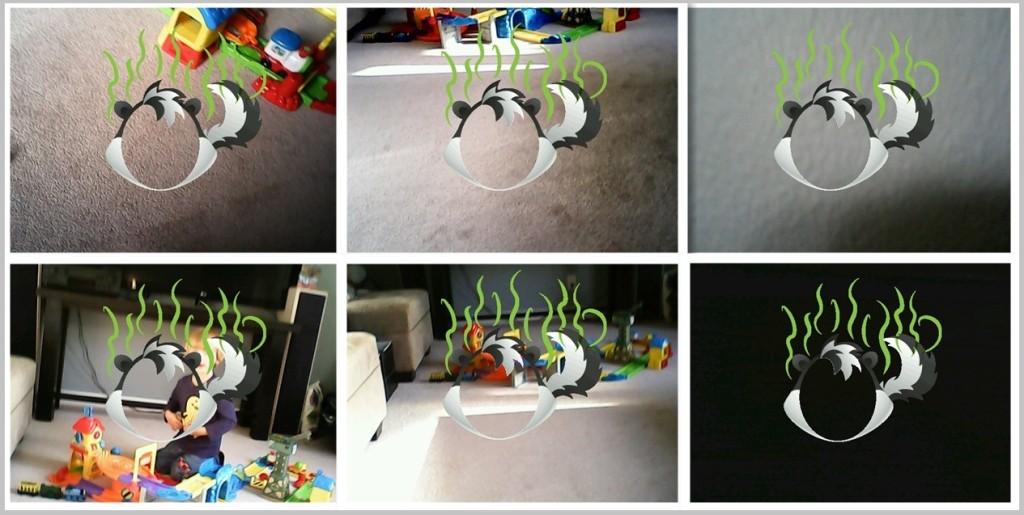 So, when we got invited over to “Uncle Mikes”* place this past weekend she took it along. Her task was to capture the essence of Sausage Fest 2013 (from the perspective of a three year old).

She loved all the attention she received as the event photographer. Unfortunately, she still isn’t able to hold the camera steady enough to consistently get a sharp image but it’s just a case of being three and not because she isn’t able to physically hold the camera. Regardless, she could care less and that’s what’s important.

Then, Mike’s 12-year old daughter got a hold of it and the rest is history. She took tons of pictures and even begged her parents to get it for her for Christmas. If not them, Santa Claus (she was pulling out all the stops). 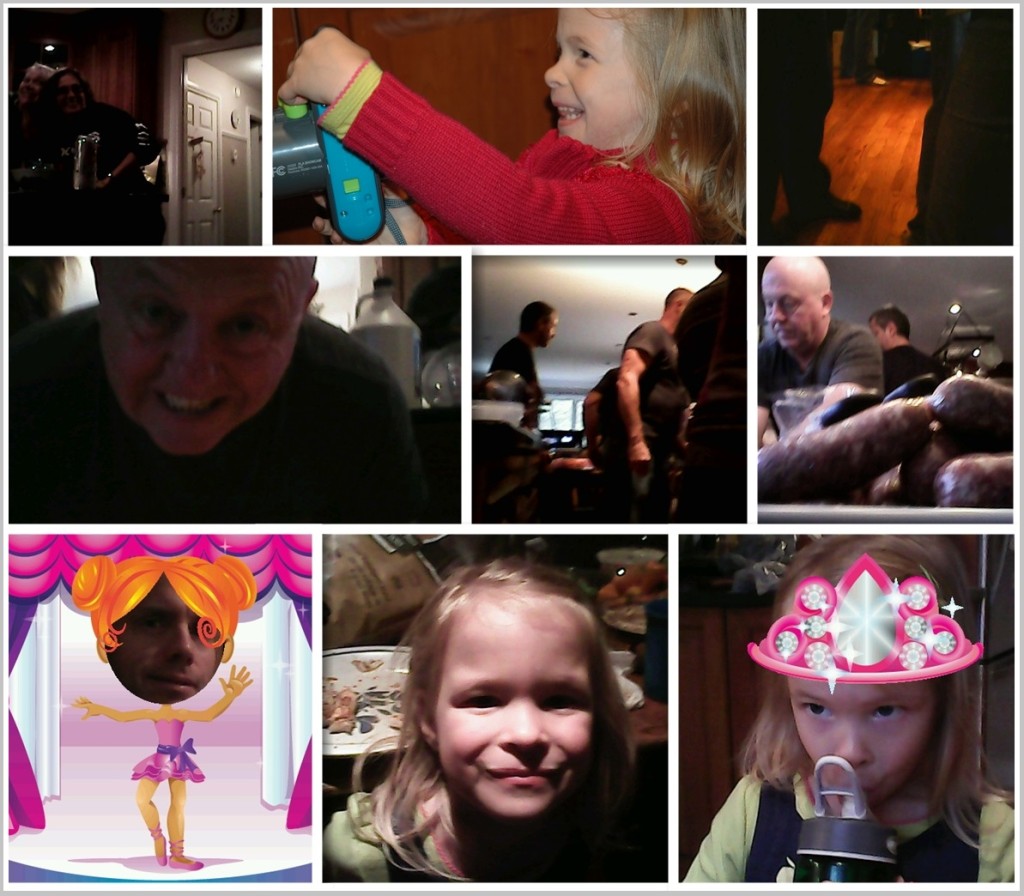 During the Party.
Is that a picture of Mike as a dancing ballerina?

The animations and sounds don’t accompany the picture when you download it to your computer but they do play on the camera in projection mode. The skunk says “pee-ew”, the dancers play music and the dragon roars to give you a few examples. I never get tired of watching Max laugh, sing and dance when he watches himself busting out the “John Travolta Disco” moves. 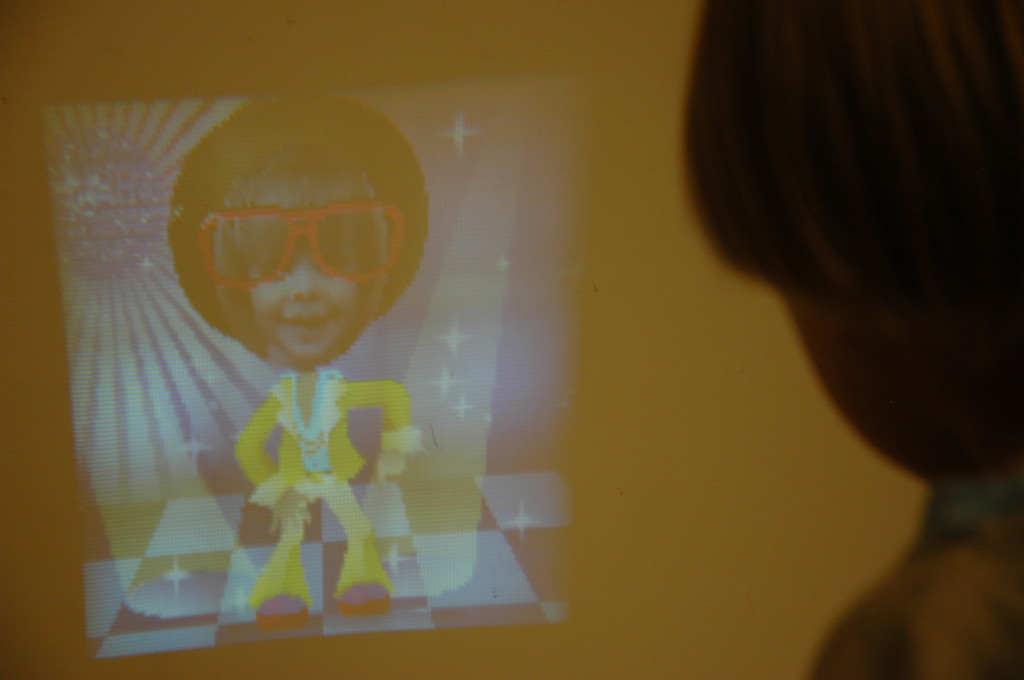 Watch for all the “After” pictures in our Next Post.

*Uncle Mike also referred to as “Mike” is our next door neighbour. We have changed his name (or not) so that he doesn’t know that we’re talking about him. Yes, he reads this blog.

In case you weren’t aware, this product is a PTPA Approved Winner!

Look for the PTPA Seal on select Hasbro Products and snap a picture to WIN. Click here for more information.

Disclosure: As a Brand Ambassador with PTPA and Hasbro, Journeys of The Zoo received compensation for my participation. However, all opinions expressed on this blog are my very own.

The giveaway associated with this post has ended. Check the Winners Page for details.

Surprise Your Kids with Notes of Love from PICKmeUP Napkins