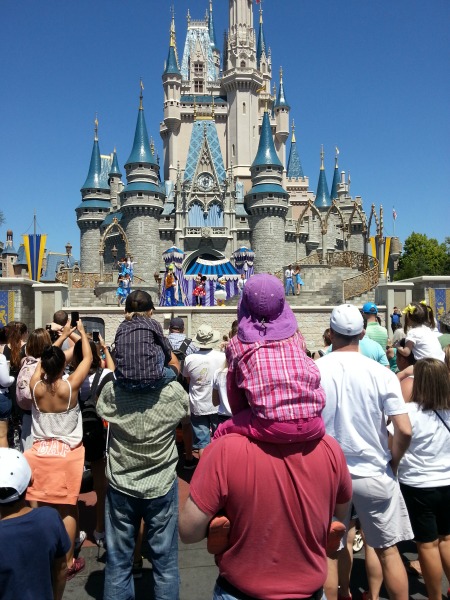 As I put the final touches on my giveaway post for a Family Pack of Tickets to Disney on Ice – 100 Years of Magic (enter the giveaway here), I was reminded of our trip to Walt Disney World in Orlando this past April. Disney you say?

Yes, Nanna, Uncle Andrew and all of us went to Disney. They flew and we drove to Orlando, Florida on our way home from Mexico. Instead of heading straight when we hit the USA border, we took a right at Corpus Christi, Texas.

Below are some of the highlights of our trip.

Since Nanna is a Disney member, we stayed at Disney’s Boardwalk Inn at the resort. She got us two connecting rooms where one of them was a full suite with washer/dryer/full kitchen/jacuzzi and main floor terrace. The resort had a manned community centre where The Kids did crafts and when they weren’t running up and down the halls, they were swimming in the pools. Our terrace looked out over the boardwalk so Uncle Andrew and Ed spent their evenings smoking cigars and watching the fireworks at Epcot. 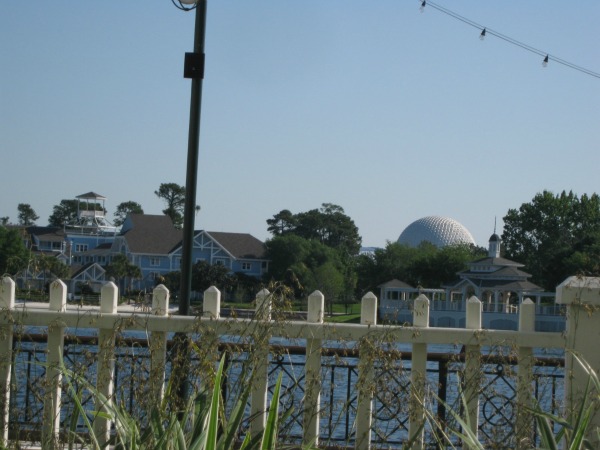 Since we had a fully stocked kitchen with fridge, stove, microwave and even a dishwasher, we were able to go grocery shopping and prepare all of our breakfasts and lunches. All but two of our dinners were cooked in and one night we spent at nearby Medieval Times (in case you didn’t know, they also have a restaurant in Toronto, anyone ever been?). Other friends that were visiting Disney at around the same time had made reservations at “Character restaurants” up to six months in advance however, when I went to make reservations the week before, there wasn’t one spot left. Truth be told, The Kids weren’t much interested in the characters and they had a chance to interact with them at the parks so we opted to spend our money elsewhere. 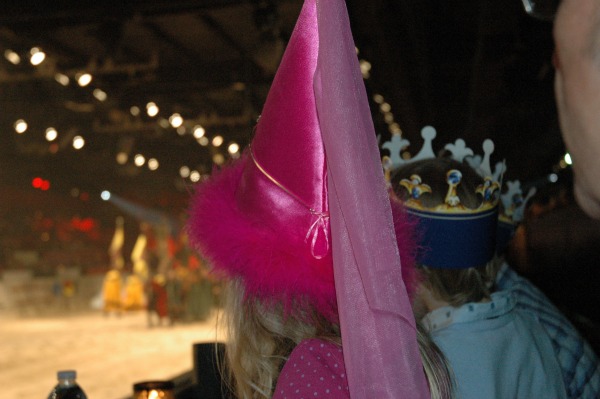 Out of our five days there, we spent two days at the Magic Kingdom and one at the Animal Kingdom. It was the perfect amount of time for us to see and do most everything including the “It’s a Small World Ride” twice in a row (almost three times!). 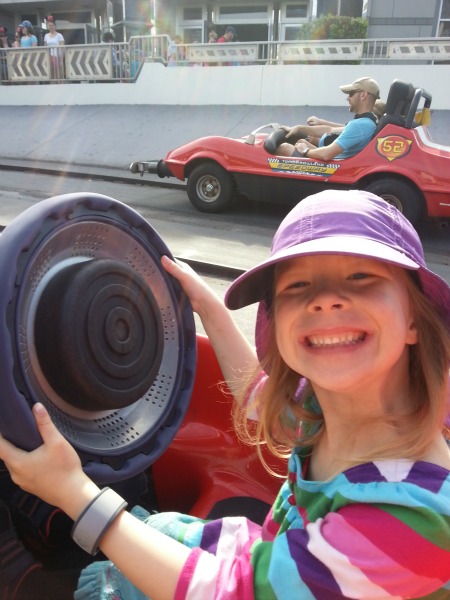 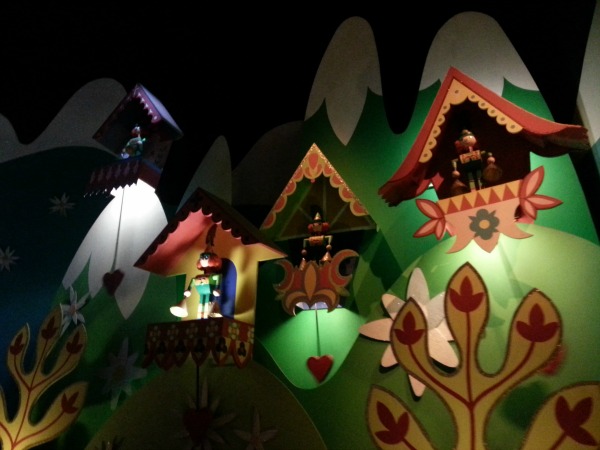 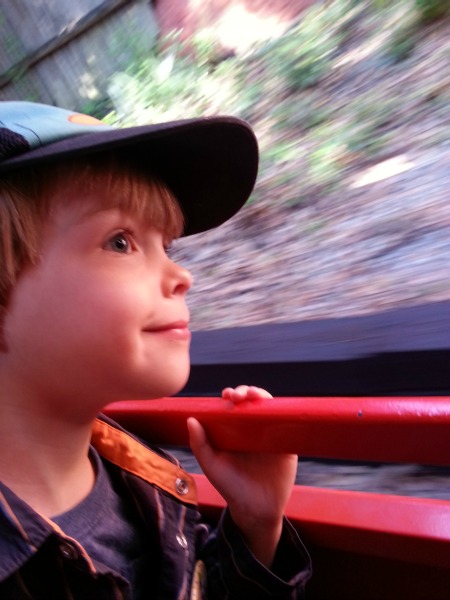 Each day, we’d catch the parade at Noon and also in the afternoon. Even sweltering heat couldn’t keep us from Mickey and Minnie and the Dragon.

Next time, we might consider taking a day to enjoy the water parks (one of them was closed for renovations when we went) however, it wasn’t that hot in April (if you weren’t in the sun) and we really enjoyed having some down time.

Besides the pool, The Kids favourite activity was the Monsters Inc. movie starring Mike Wazowski. Mine was The Lion King show at Animal Kingdom. Ed’s was the jumbo sized ice cream sandwiches not to be confused with the turkey leg and Uncle Andrew has been to Walt Disney World more times than I can count but Space Mountain is still a favourite of his. As for Nanna, her favourite part was seeing all of us so happy. 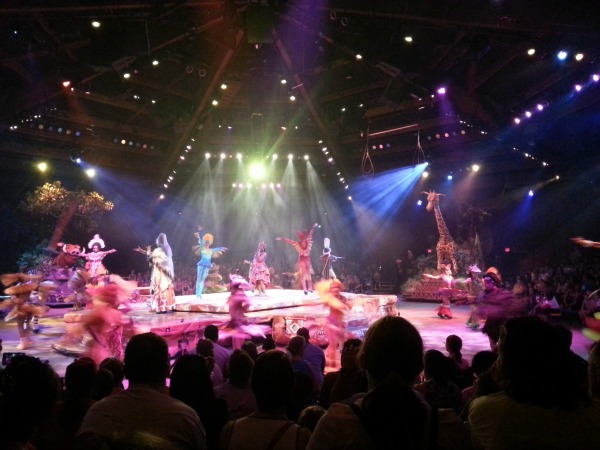 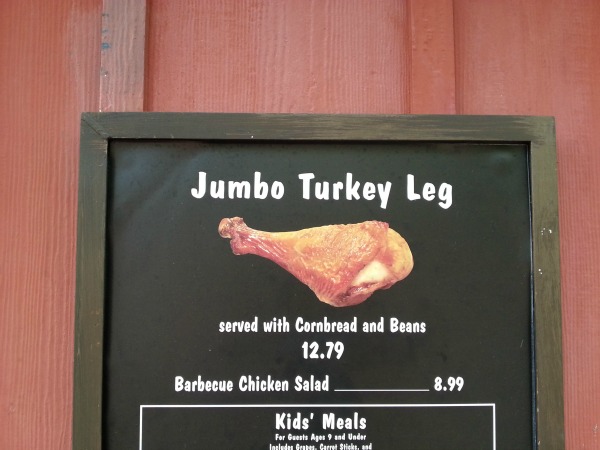 I had long lost of things to do, not to do and things that bothered me such as; almost nonexistent WiFi access at the park, forgetting to get fast passes and almost vomiting on the Dumbo ride however, truth be told, all of those situations have long been forgotten and replaced with fond memories. 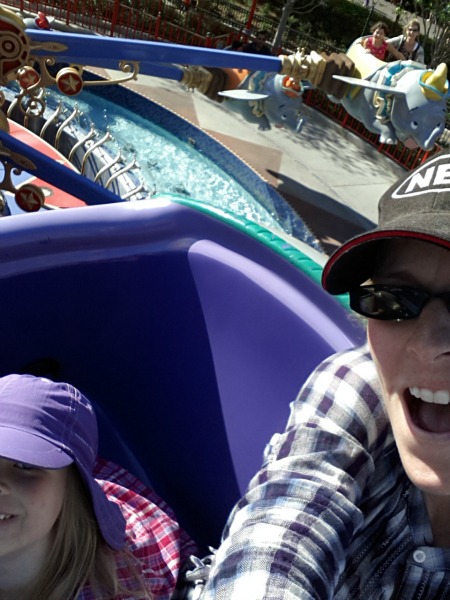 Would We Go Back?

While the viewing of animals may be better at African Lion Safari and Parc Omega and the rides more adrenaline pumping at Canada’s Wonderland*, there is really something special about Walt Disney World and I’ve never felt anything like it anywhere else. If I had to sum it up in one word, I’d say that it’s Magic and if you ask The Kids, they’d agree. Whatever it is, we will definitely be going back. 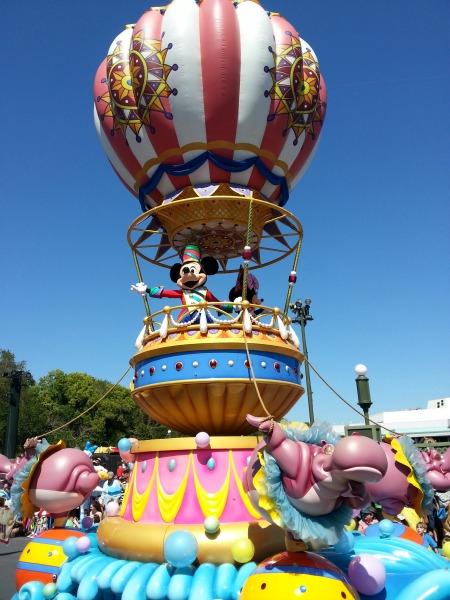 Have You Ever Been to Walt Disney World?

Note: The dragon “video” was made using stop motion animation. Check out my easy MonkeyJam tutorial to create one yourself.

* We only went to the Magic Kingdom and Animal Kingdom so I can’t speak for the other Parks.

Have You Ever Been to Disney World? #travel

Be Treated like Royalty at @MedievalTimes Dinner and Tournament #Orlando #Disney