In honour of someone turning another year younger (I don’t feel a day over 28), my day has already included the following;

It was going to be a pajama day (and will be for me) but then I realized that you would want to see pictures so I thought that I would ply you with cute ones of the kids and hope that you didn’t realize there weren’t any current ones of me (let’s be real, that’s so not why you stop by anyways).

For those of you that live in Toronto or are chock full of useless information, you’ll probably know about the “Moose in the City”. We’re starting our own tradition around here. Check back later (could be daily, weekly, monthly, we’ll have to see) for the next installment of “What’s Alexander Wearing Today?” 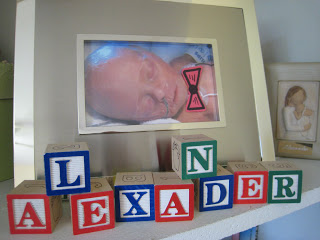 Thankfully, the heating is still on in the house or Max might be cold in his dress t-shirt but he’ll do anything for his mother’s birthday for the sake of style. This was the best picture that I could get as he didn’t stop moving (a regular occurrence). Love my boys in ties. 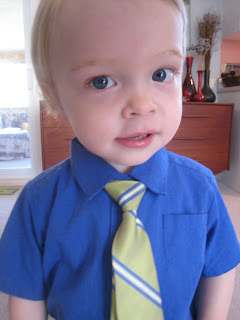 Yes, Artemis’ clip and hair elastic (!) match her outfit. As for the leggings. Let’s just say that I have a pair in maroon (and yellow, and white and …) but she wanted to wear these ones. The dress has beautiful embroidery all around the bottom. 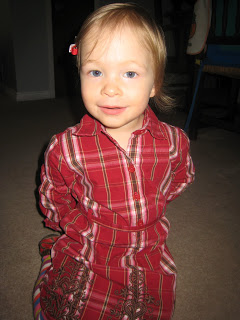 Hope your day was as special as mine.

P.S. We’ve been seeing “this look” a lot lately. Are we ever in trouble… 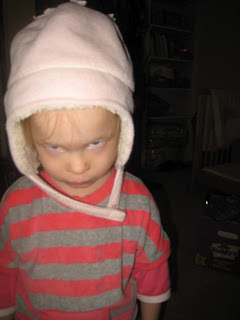 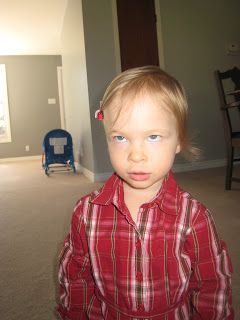 After hitting “post”, I thought that it would be fun to take a walk down memory lane so I dusted off the box of pictures that Nanna gave me (my parents were so good about taking, developing and labelling pictures) and picked a few.

The first few are of the early years. On the left, I’m around 4-5 months. Not sure if my parents had this taken or if it came with me. The top right one is my 2nd birthday at Millwood. My Gram-o is also in the picture (Poppa’s Mother). In the last one, I look about three. Not sure where the picture was taken.

In these pictures, I’m probably 10. It’s definitely after my 9th birthday because my ears are pierced (a present for my 9th birthday that even my mother didn’t know she was giving me, another story in itself). Note the location of my middle finger (I was such a cheekie little thing back then). The other one was of my birthday party at the Granite Club. I’m pretty sure that this picture captures me rolling a gutter ball getting a strike! History is how we remember it.

Lastly, isn’t this a cute picture of me and my girlfriends having a sleepover in the den for my 12th birthday. Note my teddy bear Cuddles in the picture (still have her). We’re all engrossed in watching the new movie release that my mother got us. You remember, the one with the up and coming star Tom Cruise, Risky Business. Yes, you read that correctly, tweens watching Risky Business (even today, at my ripe old age, just thinking of the subway scene makes me blush). Nowadays there must be a law against that. To her defence, Nanna (probably to this day) has no idea what the movie was about.

In order to be considerate to Amy all my American readers, 5 degrees Celsius is 41 degrees Fahrenheit.

Being (Almost) Naked and Other Birthday Pictures