Yes, Artemis is named after Artemis the Goddess but I’m not talking about that name. I mean, the only person that calls her that is me (and you too if you know what’s good for you).I’m talking about the name that Ed and Max call her… Fitoo. 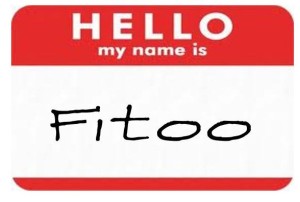 Pronounced “fee-two”
Ed claims that the name came about because when Artemis was really young she would walk like she had “two left feet”. Truth be told, he’s forgotten and that’s the best that he can come up with.

All that time trying to pick a name that she wouldn’t be mad at me about for the rest of her life and she gets stuck with Fitoo. No insult is meant to all the 7,903,541 people with this first name.

Today I went grocery shopping with the kids alone for the third time in 2.5 years. I’m not exaggerating by even one time.

I brought along my camera and notepad in the hopes that I would get tons of blog content (you don’t think that I’d take them for fun do you!?). I had visions of writing about a real “Clean Up in Aisle Four”, Tantrums in the Dairy section and/or streaking in the parking lot.

Well unless it counts that Artemis ate an entire container of cherry tomatoes before we got to the checkout (yes, I paid for them) and Max running up and down the checkout line yelling “Check-out, Check-out”.

Why can’t those kids misbehave when I want them to?

I can’t count the number of times over the past 12 years that I have said “Ed, you are so full of useless information”.

You can’t imagine how full of it he is.

On two occasions (that I know about), he has bored the beegeezes out of explained to someone how to make a record. No, I’m not talking about the archaic method of putting sounds to circular objects but how to make said “circular object”. 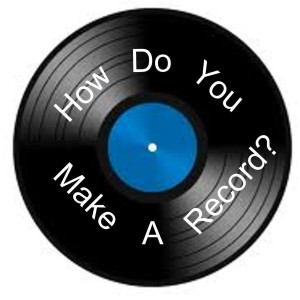 Seriously, who knows how to “Make A Record”?
Secret: I made this graphic myself. I know!?
And it doesn’t end with that.

He uses big words like “trebuchet” and actually knows what they mean. Sometimes I try to impress him with “I had a trebuchet for lunch”. I know, I make it look easy.

Every once in awhile all this useless information really comes in handy.

Things I Would Like To Do as a Parent