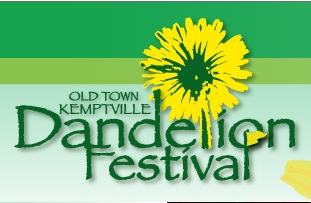 Living in a small community is a lot like the show Cheers. Well, at least in the sense that everyone knows your name. One thing I really like about it is that otherwise general acquaintances (if I was living in the city) are your friends out here and willing to help you in a pinch. And, when the community gets together, they really get together.

The festival is held the fourth 3-day weekend in May or the weekend after Victoria Day or actually, I don’t really know except that it’s definitely held in May and they put up signs a few weeks in advance for people like me. Everyone else knows about the event months in advance and comes from far and wide to experience all that the region has to offer.

The 14th Annual Dandelion Festival is North Grenville’s premiere festival: a free three-day event that draws thousands of visitors to Kemptville’s historic downtown to celebrate the best of the area’s arts, culture, food, music and heritage.

Not to dwell on the past but for the past two years, the festival was held in a nearby park. I didn’t like it. I voiced my concerns. Apparently, I wasn’t the only one because the organizers brought it back to the streets and of the four years we’re been, this year was the best by far. 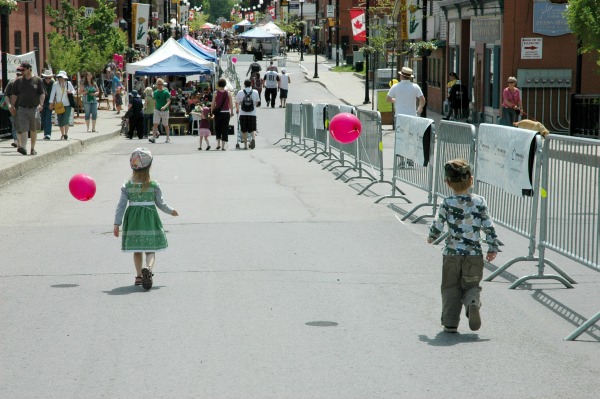 Adventures for The Kids

A week before the event, I went to the Dandelion Festival website but the schedule wasn’t up so we didn’t actually know what we’d be doing at the festival. That’s okay, we’re always up for an adventure. We decided to arrive by 10am to have the best chance and upon our arrival, volunteers handed us schedules. It’s like they knew. Our timing was perfect because the sun wasn’t to hot and the people didn’t really start to arrive until Noon.

Bouncy castles, bubble blowing, painting, demonstrations, animals, chalk painting and balloons, the activities were endless and that was only in the street. 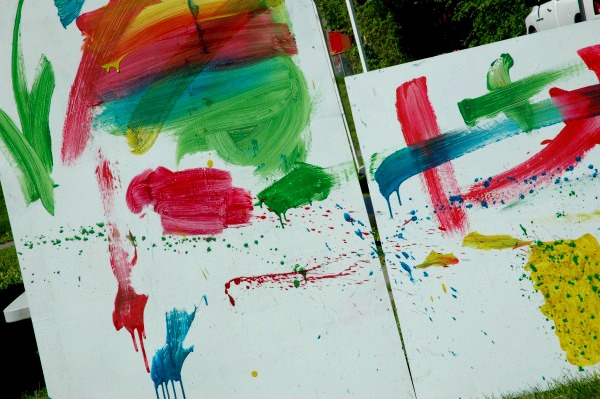 In past years, there were plays and activities at the library but not this year. Instead we were entertained by Darren from The Reptile Rainforest, an animal sanctuary called Big Sky Ranch that let The Kids pet the animals and we were introduced to Rock My House Musical Centre. We’ve visited the Musical Centre since being introduced at the Dandelion Festival and have given them a raving review! 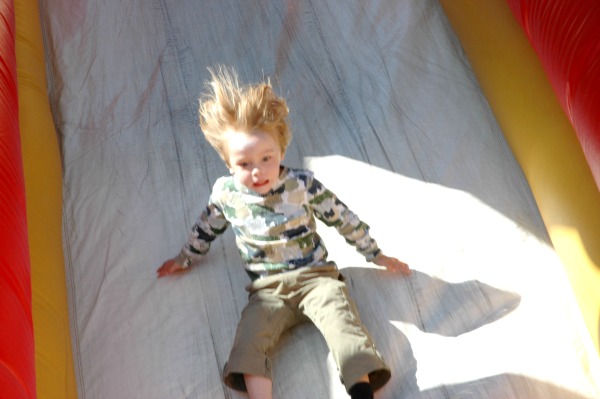 I asked the Kids what their favourite part was. Artemis said the balloons and Max said the jumpy castle. Mine was when Artemis gave her balloon to Alexander. 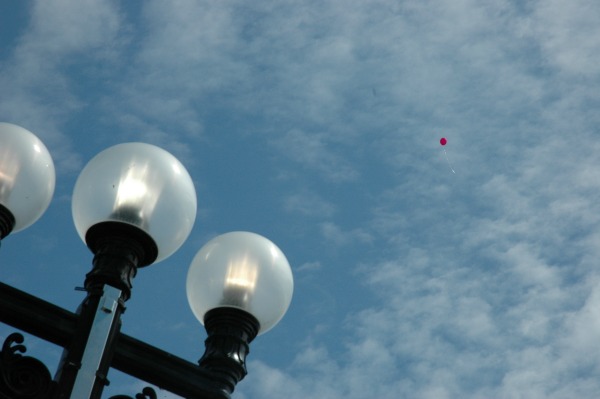 There were tons of vendors lining the street selling everything from tins cans sculpted into animals from Africa, handmade items from Mexico and lots of local wares. There was Dandelion wine, bread and flowers around everywhere. There is a big stage with live music and a beer garden. We have never been because of The Kids but I’ve read that the line-up was a must see of local and Canadian talent. Maybe next year. 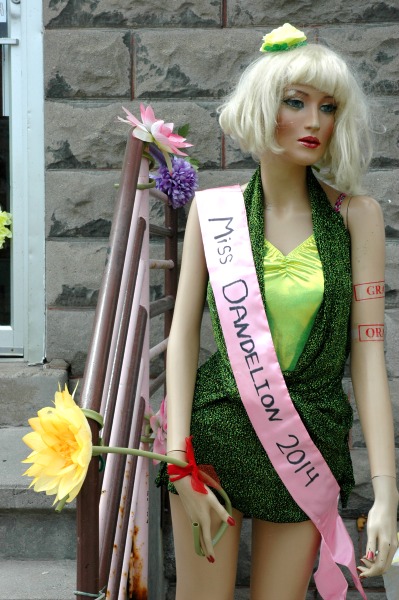 Like so many community events, they wouldn’t be possible without all the volunteers and generous donations. If you want to donate, you can. Every dollar counts and goes directly to the costs associated with running the event. A BIG thanks to each and every person that made the event what it was.

Will We See you at Next Years Dandelion Festival?

Local Dandelion Festival is a Hit with The Kids

Changing the World Starts with One Person… You #uwHero