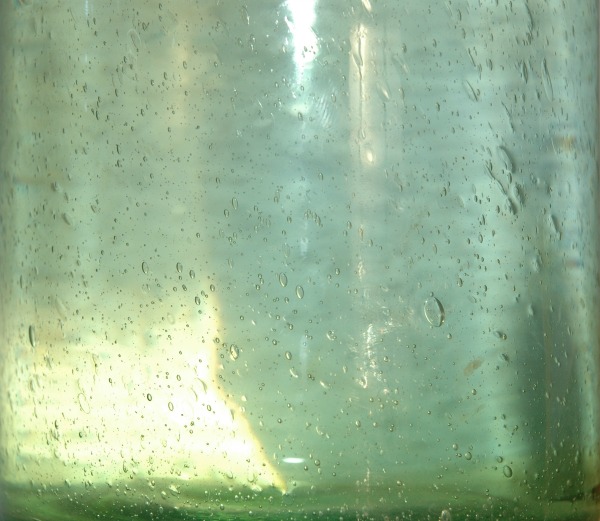 He was that goldfish that our neighbour gave The Kids on Friday. You know, the sixth day of the week and only 13 days before a cross-three-country roadtrop spanning 5,000km.

For the past 18 hours, Bubba has single handedly caused The Kids to go to bed on time and not wake me up before 7am. Nothing says privilege like “feeding Bubba” and “getting to watch him swim”. Note that if the kids didn’t get their privilege, I would have fed Bubba myself.

If you’ve noticed that I’m talking about Bubba in the past tense, you might not want to read on…

Last Sunday, at 7:01am, Max informed me that Bubba was “sleeping”. I’m not up on “all things fish” but I’m pretty sure that they don’t sleep. And if they do, probably not on their side.

Artemis immediately got up to check things out and her conclusion was that Bubba was dead. In fact, her exact words were, “Bubba is Dead”.

When I came out to look at Bubba, it turns out that he had in fact gone to fish heaven.

I love animals. All of them, except mosquitos and there was that one rogue mouse. However, I had to leave the room after I saw Bubba. I mean, the poor thing only lived two days…

I mean, the thing didn’t even live two days as a member of our family.

Thankfully, The Kids were distracted. We’d slept in and were going to be late for a birthday party so Artemis wiped away a tear and then joined Max jumping on the bed. Note we were late for the party.

So the real question is…

Would You Get Another Goldfish?

P.P.S. This past Friday, Artemis came up the street with yet another fish. You keeping track? This one she named Nemo. However, 15 minutes ago, after less than 48 hours with us, he too died. I’m not allowing anymore fish in the house. Not even if it makes for blog fodder alone.

Dear Neighbour, Thanks for the Goldfish. Not.

Do You Support Companies That Give Back To Animals in Need? @Petcurean

Are you Feeding Your Special Needs Pet the Best Food Possible? @Petcurean